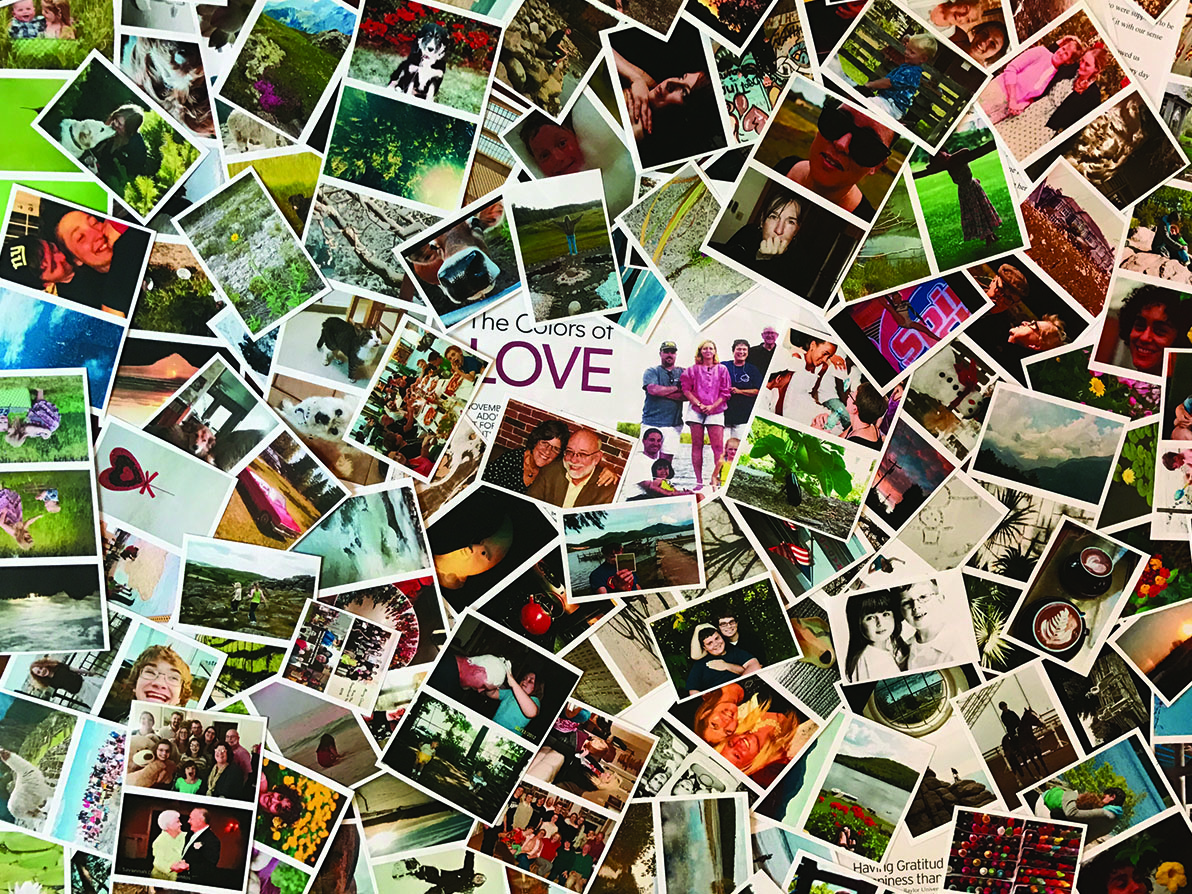 Where to begin, what would unify this vast collection submitted by 207 backers?
How do I represent their stories and feelings best in only 108 paintings, how do I weave it together to bring unity to a mosaic of this scope?

These were the questions that excited and terrified me as I began to plan the Gathering Goodness Mosaic. I will try to share as much as I can of the submissions and process in these 77 pages.

I am moved and driven, obsessed some might say, by STORY. So though I am a visual artist and I had some immediate responses to images as they were sent to me, I read all of the texts and lyrics of the music to look then for patterns that might develop, to find the overlaps and similarities.

One of the first things that struck me was an image that I got very early on of two clasped hands in a hospital bed. It reminded me of all the times my hand had been held in reassurance to let me know that the other person cared, that we were connected, that I wasn’t facing cancer alone. I felt it was a universal symbol everyone would understand meant LOVE.

Then I began to ponder if there were other ways that hands could express the feelings of peace and joy. I looked at the various images I received until I found another symbol, hands lifted in JOY. There were messages that mentioned prayer in conjunction with PEACE and when I was offered a pair of carved wings to use for inspiration I suddenly saw the images of hands in prayer.

I then began to try to scan visual submissions and to meld the various images into the larger plan for the overall mosaic.

But I had other overarching themes that I wanted to include too. There was the “yin and yang” mentioned by backer Brandee Wilson. There were submissions of beaches, snow, animals (especially dogs and horses), images of water and fire, children and parents, dark and light, death and life itself. And rainbows … double rainbows specifically mentioned over and over again. Stories of passion and forgiveness.

How to fit this all in?

I also had to consider the constraints of space and comfort of looking at something hanging on a wall. Level of details or not? Eventually I realized that though this was to represent others’ inspirations it would also reflect my own story, so what did I want to convey?

Planning  the layout by standard sizes of canvas, then seeing what fits into the symbols I was imagining. 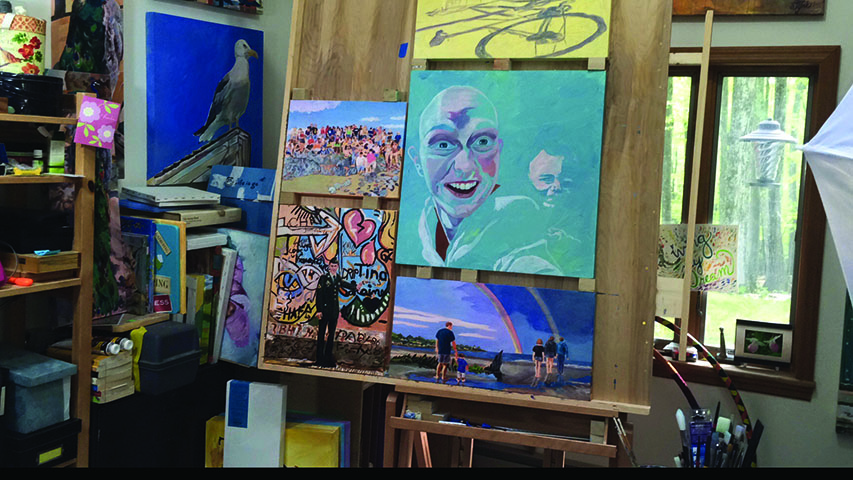